After the first two people who actually read this thing said, "EXPLAIN the rating system" I decided I better follow their commands...after all, they both know where I live. So here we go. Much as I would like to reinvent the ratings wheel with some spectacular new benchmarks, I decided we better stick with the standard star system, mostly because even sub-par moviegoers like myself understand it.

Thank you sister Lindsey and bff Cathy for your contributions to the ratings!

ONE star - Does this really need explanation? These movies are totally tragic! The ones you rent and don't finish, fall asleep 10 minutes into on a Saturday night, or don't mind getting up from your seat in the theater to get more popcorn (translation - you want to go out in the hall to check your facebook without getting yelled at because the light from your phone can be seen from every corner of the room).  Also, it is one thing to yawn when you're watching a movie but to repeat the offense in a theater must mean you're watching something REALLY sucky. So if I catch myself or anyone else in the room yawning more than once, the movie automatically goes in this category, regardless of my personal opinion.

TWO stars - I think these are the ones we'll see in the $5 bin (probably sooner rather than later). You don't necessarily hate them, but it's not one you go out and tell your friends about. In this case, I probably left the theater more excited about the trailers I saw BEFORE the movie started than the actual flick itself.

THREE stars - these movies would be on the Rentables list, and if not there, I'd call them a good theater watch. A good weekend movie at home from your Netflix cue if you miss it at the movies, or it you do catch it on the big screen, I'd say you leave feeling good about it but don't make plans to catch it again after it hits Redbox.

FOUR stars - as Cathy says, a possible addition to your home movie collection family. Not quite classic status but definitely one you'll hear me talking about over Monday morning coffee at work and telling you to go watch. I might ask for these for Christmas presents. hint hint, wink wink.....

FIVE stars - you'll see these on my facebook profile!! Don't lie, you know how much thought you put into the facebook faves movie list, and only a precious few are so lucky to reach such A-list status. Side note: for comedies, the best way to tell if a movie is 5 star quality - do you look forward to seeing it again only because you want to memorize quotes to use in place of your normal vocabulary? If so, it belongs here 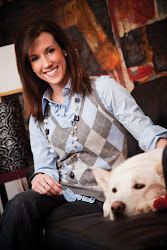 Me with my Sheba